JUNE 2022 | AS FEATURED IN THE SYDNEY MORNING HERALD HERE.

The Paper Mill Precinct was recently featured at the forefront of Liverpool’s recognition as one of Sydney’s 8 under-appreciated and up-and-coming suburbs. Read on for a snippet of the article as featured in The Sydney Morning Herald.

Sandwiched between the river and the railway line, the Paper Mill comprises five residential blocks and a converted early 20th-century red brick mill which now houses a slew of restaurants. According to the developer, the vision was to “unlock the Georges River foreshore” – and while that’s still a work in progress, the Paper Mill isn’t a bad start.

The concept is reminiscent of the Harold Park Tramsheds, a food precinct that opened in 2016 at the former Rozelle Tram Depot. Liverpool’s version, which launched in 2019, has a daytime cafe and dessert bar, a pizzeria, a charcoal chicken joint and an upmarket meat and seafood restaurant. 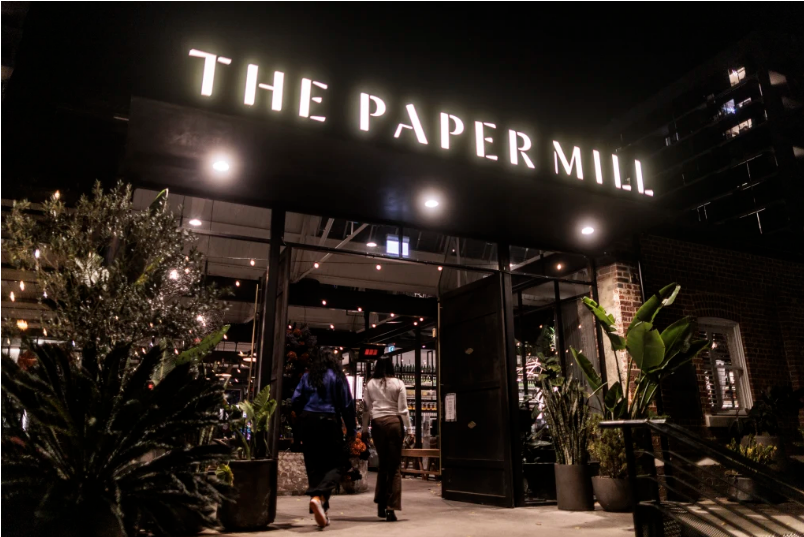 The Paper Mill in Liverpool is the start of a push to better connect the town centre with the banks of the Georges River. CREDIT: BROOK MITCHELL

Apartment prices here are a world away from inner-city Glebe, with studios in the Woods Bagot-designed Paper Mill starting under $400,000 and three-bedders going for $650-750,000.

“It’s high-quality, it’s different, it’s very cool,” says Liverpool mayor Ned Mannoun. It’s also far from the only new development in his city; several tall towers have popped up along the Hume Highway near Hoxton Park Road, and there are plenty more cranes in the sky.

“Fifteen years ago Parramatta started taking off... now it’s Liverpool’s turn and it’s happening as we speak,” Mannoun says. “There’s basically a whole new city going in there the size of Barangaroo.”

To read the full article as written by Michael Koziol and Brook Mitchell, click here.