PARRAMATTA HAS KEPT ITS HIGH LEVEL OF OFFICE OCCUPANCY AS DEVELOPERS AND TENANTS HEAD WEST TO GARNER MORE SPACE AT A LESS EXPENSIVE RATE THAN THE SYDNEY CBD.

In the latest Property Council of Australia Office Market Report to the end of July, the Parramatta CBD office vacancy rate rose from 3.2 per cent to 4.5 per cent, however it still remains in a strong position despite the impacts of the COVID-19 pandemic.

Property Council of Australia’s Western Sydney regional director Ross Grove said the change to Parramatta’s office rate is in line with what is occurring on a national level and we should draw a level of optimism from the new stock set to come online and the pre-committed tenancies supporting this stock.

“Investors coming to Parramatta know there is a long game at play, a shared vision exists which is supported by an unprecedented level of city-shaping investment in transport, health, education and social infrastructure over the coming decade,” Mr Grove said.

“PARRAMATTA’S CONTINUING PERFORMANCE AS ONE OF THE STRONGEST OFFICE MARKETS IN THE COUNTRY REFLECTS THE ONGOING STRENGTH OF THIS VISION.”

GPT Group is one developer that has ear-marked Parramatta with the 32 Smith Street office tower, where QBE is the anchor. Charter Hall has also won approval for a $350 million university tower in the western Sydney hub of Parramatta.

Director, advisory & transaction services office leasing at CBRE Mark Martin says the streets of Parramatta remain a hive of construction, given the scope and pipeline of projects in the area.

“With tenants questioning the need to pay high rents in the Sydney CBD, and organisations wanting their staff to limit use of public transport and to work closer to home, there is increasing enquiry for office leasing opportunities in Parramatta.” 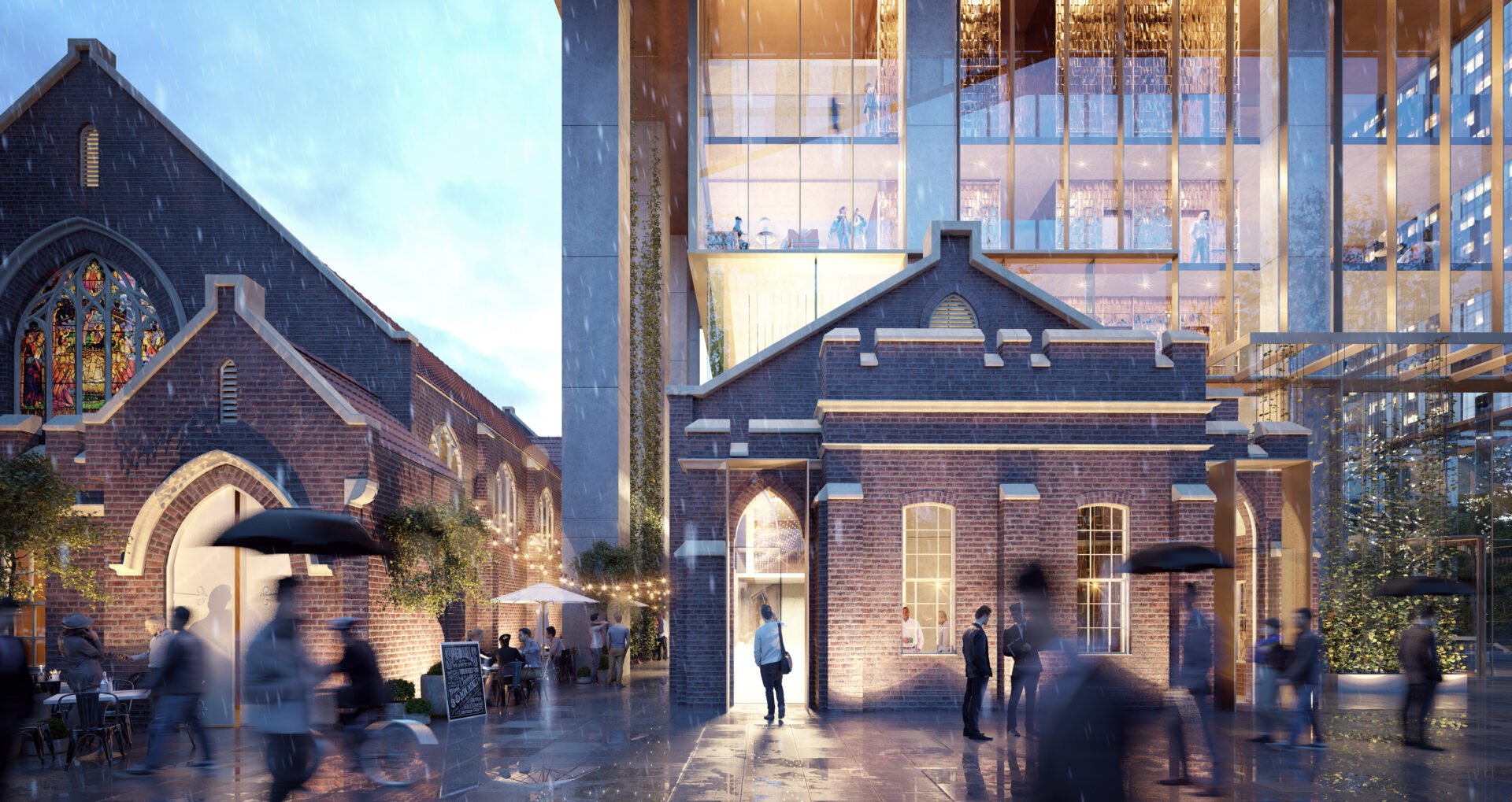 “In the medium and longer term, the future is bright for Western Sydney, as corporate organisations better appreciate the considerable benefits offered by the quality stock coming online and the vastly improved lifestyle amenity,” he said.

On the residential and hotel front, Coronation Property has started construction on it 55-storey mixed use site at 8 Phillip Street with 314 apartments.

Designed by Woods Bagot, the building will be a “twisting rhomboid design and mesh-embedded glass cladding” a first for Western Sydney.

Beneath the 35 storeys of apartments, the building will include a 250-room QT Hotel over 18 storeys, complete with a signature restaurant, multiple meeting and event spaces and a grand ballroom.

Managing director of Coronation Property Joe Nahas said the project will add another level of sophistication to the Parramatta landscape.