A SMALL PARCEL OF LAND IN THE HEART OF PARRAMATTA WILL BE TRANSFORMED INTO A $52 MILLION APARTMENT BLOCK REMINISCENT OF THE ART DECO ERA.

Coronation Property engaged architects Fjmt to design the building fusing brickwork and brass detailing together to pay homage to the 1920s art deco movement on the 910sq m block at 12a Parkes St, Harris Park.

Revised plans have been lodged with the City of Parramatta Council to increase the height of the building from 22 storeys to 25 storeys, an additional 10m in height, with a mixture of studios, one-bedroom, and two-bedroom apartments, and three and four-bedroom penthouses.

The building will be called Charlie Parker, one of the greatest saxophonists that ever lived, and also a contraction of the two streets it straddles, Charles and Parkes Streets. It will feature an elevated landscaped terrace on the first floor, an open-air pool, gymnasium and wellness space. 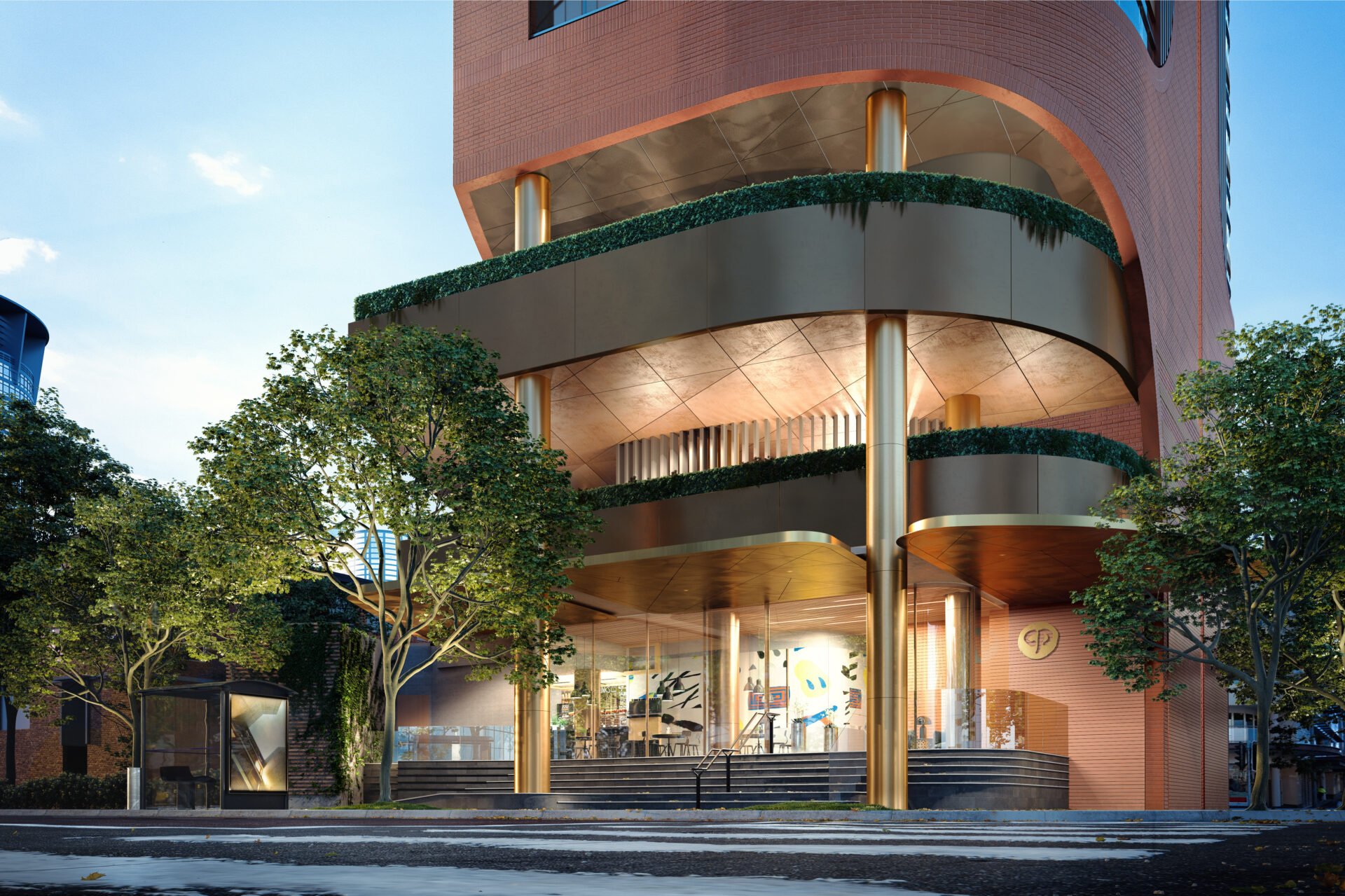 “IT IS A TRULY MODERN BUILDING THAT DRAWS ON THE ENVIRONMENTAL AND CULTURAL STRENGTHS OF THE SITE. EXTENSIVE GLASS HAS BEEN USED TO CREATE A SENSE OF LIGHT AND SPACE, WHILE BRICKWORK WRAPS AROUND TO FORM A ‘CRADLE’ WHICH SUPPORTS THE TOWER.”

According to documents filed with council the building will include 113 apartments and three levels of basement parking, with three street frontages and a high level of interior amenity.

The building’s orientation has been designed to maximise cross-ventilation and solar penetration in winter to reduce heating and cooling requirements.

The building will tower over adjacent properties on the block, but it is reflective of the ongoing urban renewal in the Parramatta CBD.